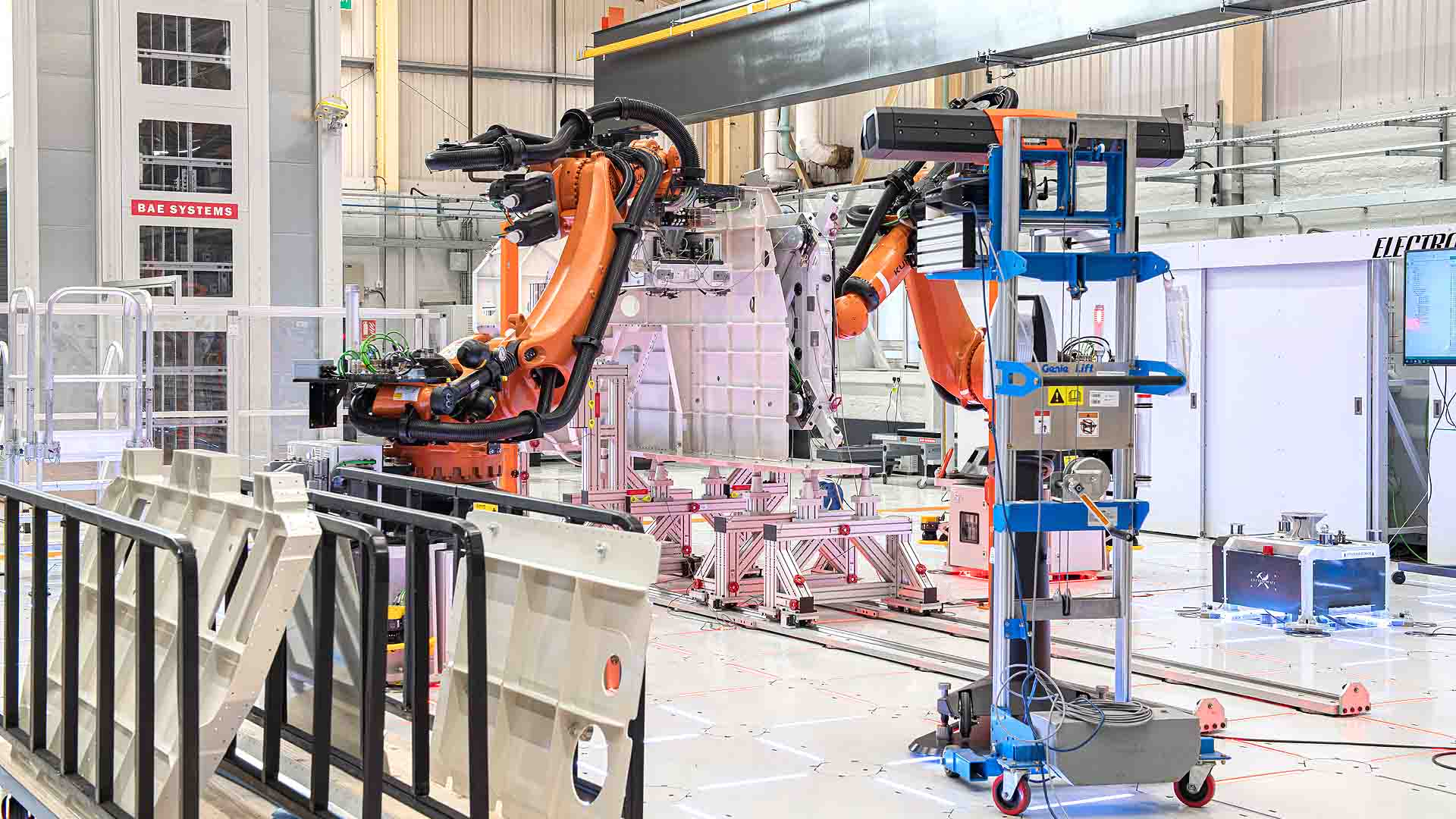 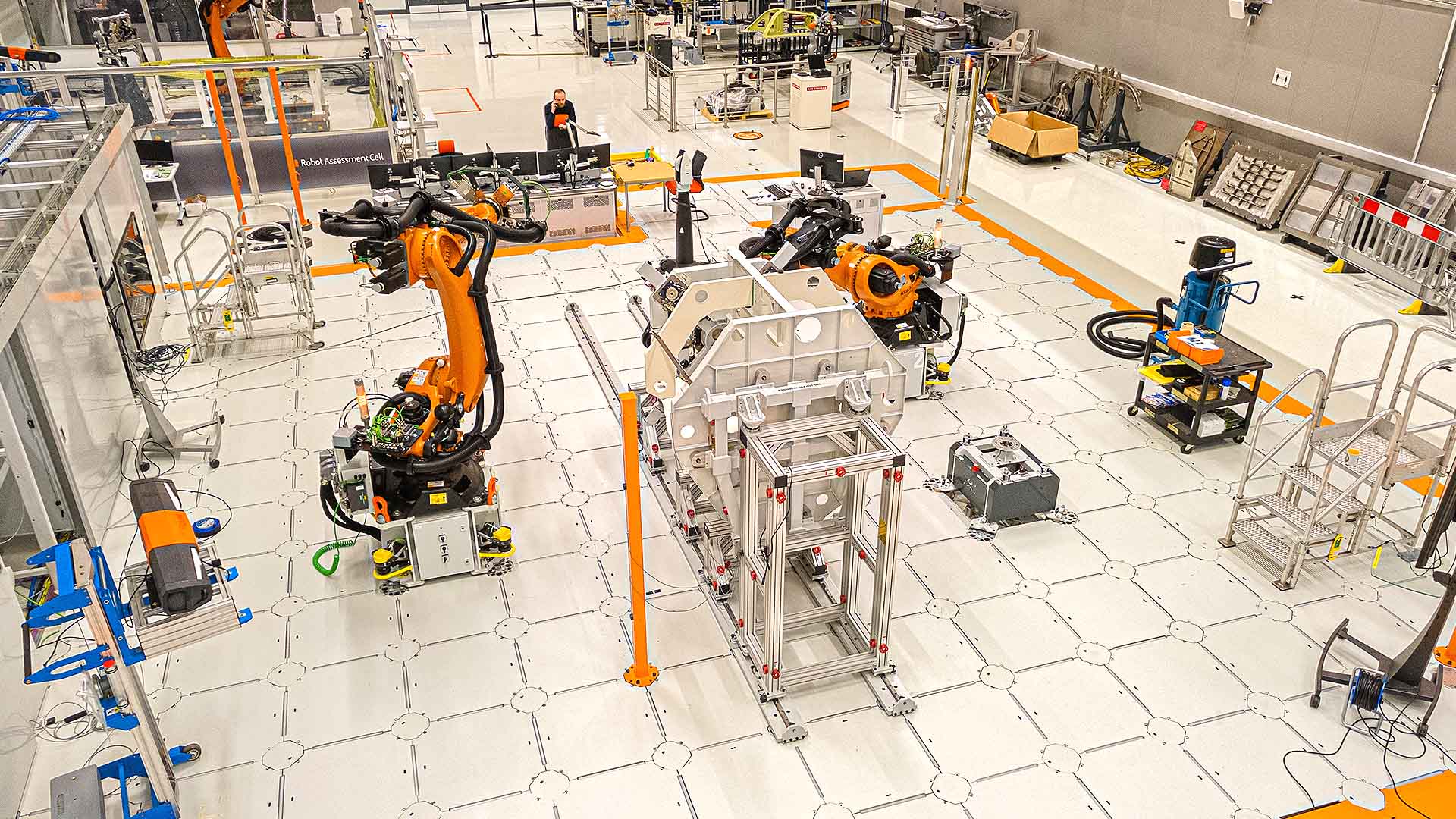 One of the first contracts for TPR was BAE Systems “Factory of the Future” (part of Team Tempest). This was a progression from prior work at Nikon Metrology with both BAE and University of Nottingham in its FA3D (Future Automated Aircraft Assembly) project. The heart of the technology is TPR’s robotic guidance / digital twin technology called “Adaptive Robot Control (ARC)”.

The technology is very mature – being used in production at Airbus/GKN and Bombardier since the mid 2000’s. The innovation was in live tracking two frames (robot tool and base) and using that information for quasi-static robot guidance for high accuracy applications (the ceiling being a mix of robot resolution and metrology capability) – benchmarked numerous times at 0.1mm. It has also been used for path following applications using a particular application of machine learning. The prior art to this point was single frame tracking with a laser tracker.

On this project, multiple optical trackers are used (three from NDI), and ARC applied to a network of three KUKA robot arms, reconfigured by Electroimpact to run through a Siemens 840D NC controller.

Book an introductory call with our Commercial Specialist Alex here 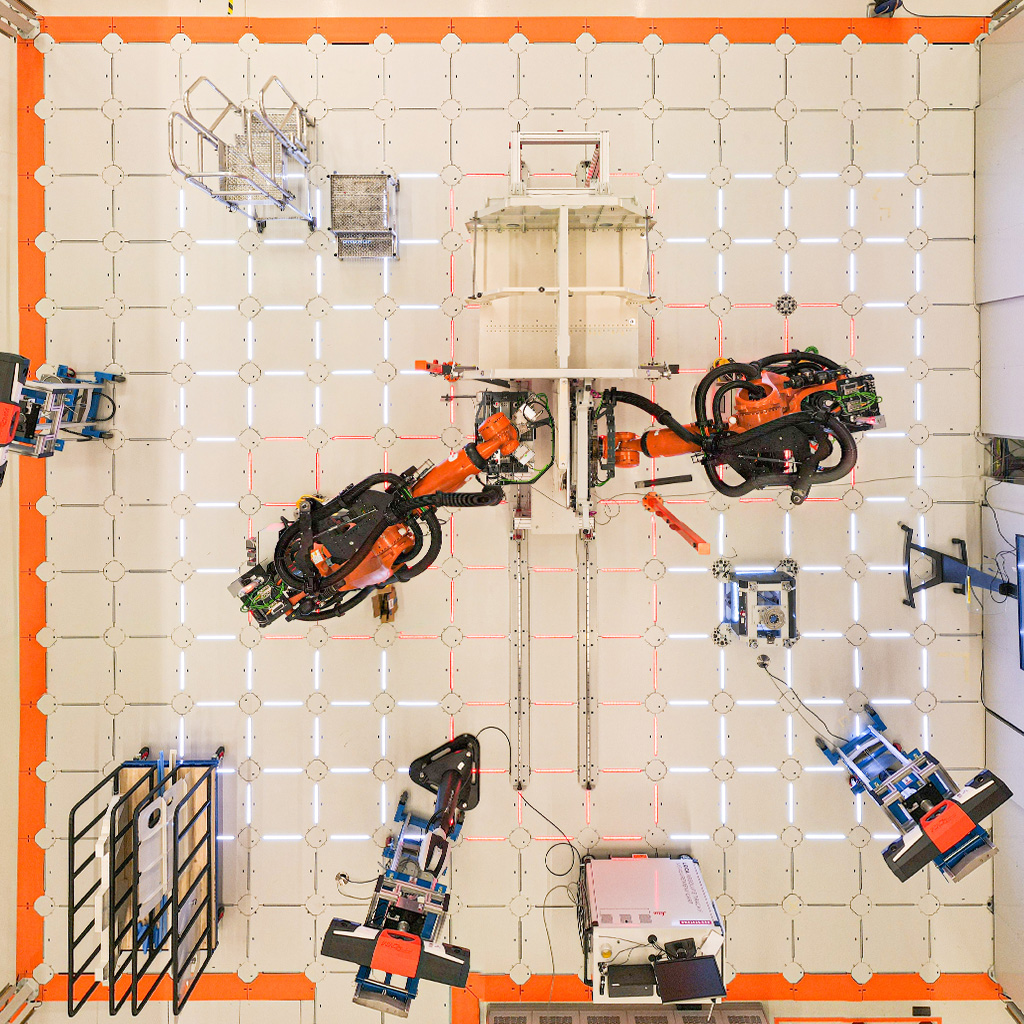 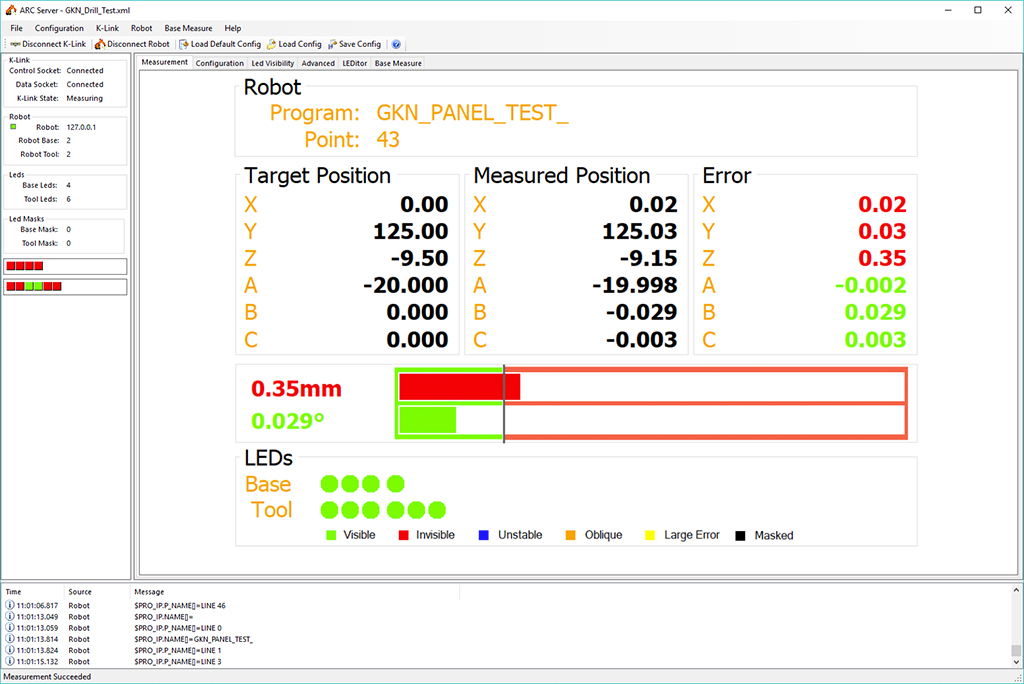 Need more information, or want to arrange a demo? Fill out the form below.

This website uses cookies to improve your experience while you navigate through the website. Out of these, the cookies that are categorized as necessary are stored on your browser as they are essential for the working of basic functionalities of the website. We also use third-party cookies that help us analyze and understand how you use this website. These cookies will be stored in your browser only with your consent. You also have the option to opt-out of these cookies. But opting out of some of these cookies may affect your browsing experience.
Necessary Always Enabled
Necessary cookies are absolutely essential for the website to function properly. This category only includes cookies that ensures basic functionalities and security features of the website. These cookies do not store any personal information.
Non-necessary
Any cookies that may not be particularly necessary for the website to function and is used specifically to collect user personal data via analytics, ads, other embedded contents are termed as non-necessary cookies. It is mandatory to procure user consent prior to running these cookies on your website.
SAVE & ACCEPT